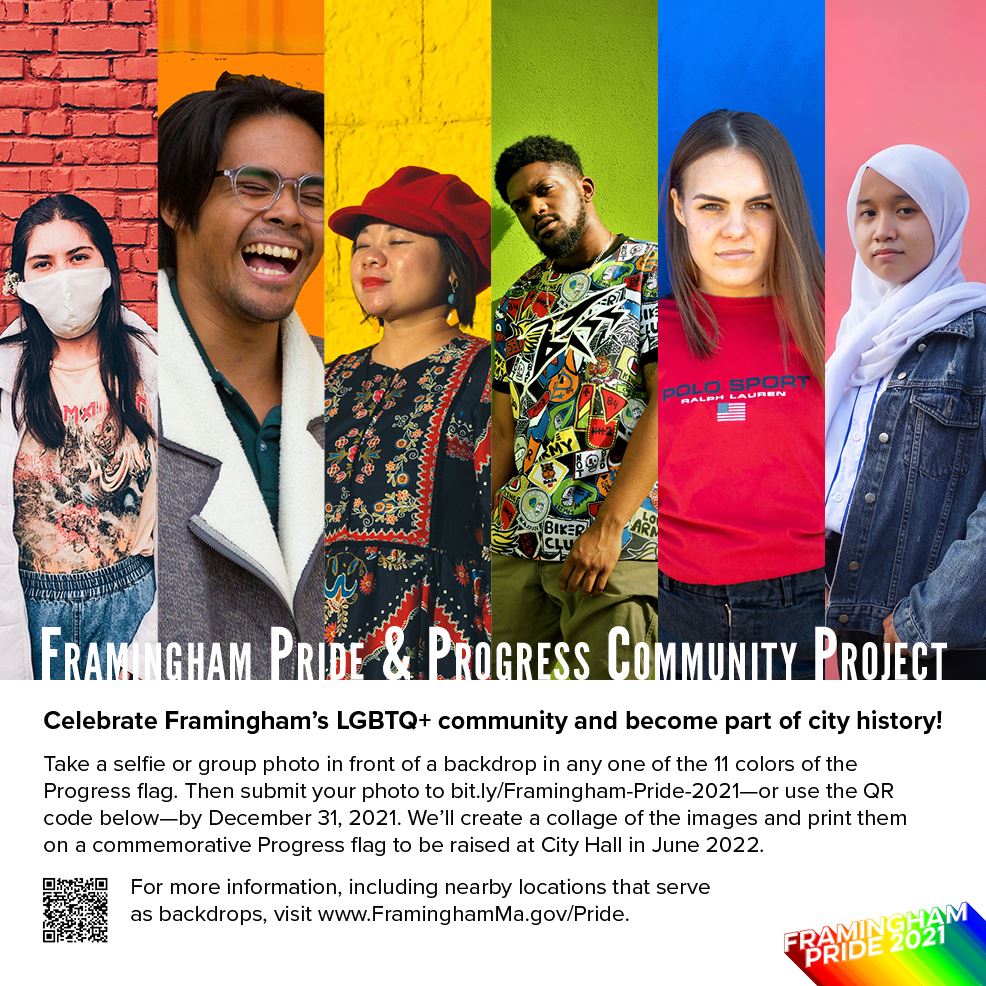 1. Identify a publicly accessible Framingham location with a backdrop in one of the 11 colors featured in the progress flag, or set up a colorful backdrop in your home. The more locations folks select, the more diverse and beautiful our flag will be! Below are just a few examples and location suggestions.

2. Take a selfie or group photo* against the backdrop. Make sure the color you’re trying to feature is prominent—this will help us create a vibrant design!

3. Upload the photo to http://bit.ly/Framingham-Pride-2021 throughout the year. The final day to submit photos will be December 31, 2021.

*Please note that photos submitted will be displayed publicly only as part of our flag, which will fly proudly over Framingham next year. A digital copy of the flag design may also be shared electronically.

(Have a bright purple garage door, a brilliant yellow hedge on your property, or a brightly-painted kitchen wall? Private locations work too, as long as you have permission to be there!)

After you submit your photo to http://bit.ly/Framingham-Pride-2021, we suggest that you follow @outmetrowest, post your photo on social media using the hashtag #FraminghamProgressFlag and #FraminghamPride or go to www.FraminghamMa.gov/Pride for updates!

Have questions about this project?

Email Lara Vilahomat at the Framingham Public Library at lvilahomat@minlib.net.

1. Tuesday, June 1: Framingham will raise the traditional rainbow Pride flag as it has done for the past two years. There will be no official ceremony at this time.

2. Month of June: The City will light the Memorial Building (150 Concord Street, Framingham, MA 01702) in the Progress Pride flag colors in rotation. The Progress Pride flag retains the standard six-stripe rainbow design as its base and adds black and brown to recognize marginalized people of color, as well as light blue, pink, and white chevron, which are used on the Transgender Pride flag. Due to technical and safety reasons, the building cannot be lit in black and brown. Below is a list of what each light color represents. 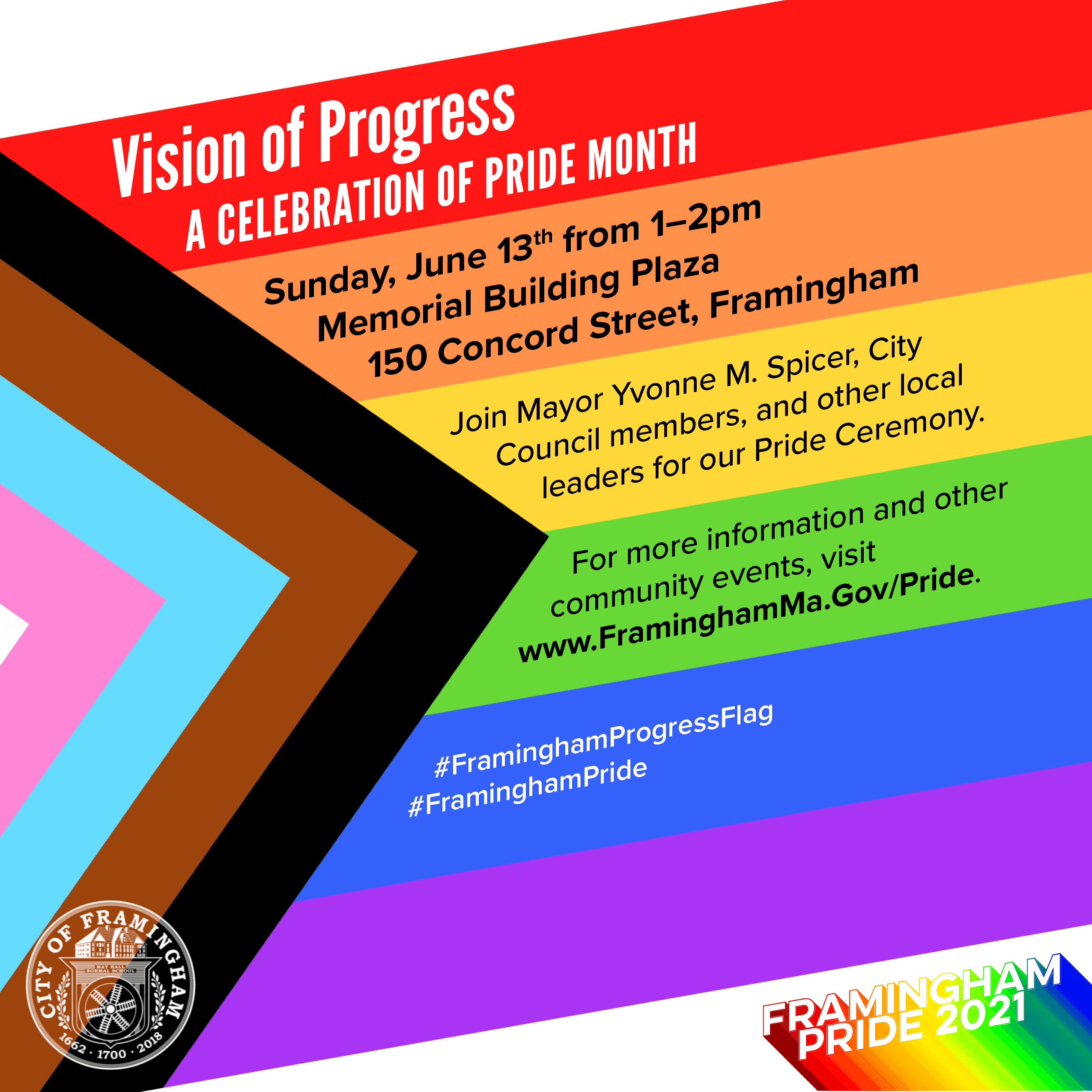